0
was successfully added to your cart.

Focus on Your Digitally-Based Business

He went on to give examples of which businesses succeeded and which failed. Barnes & Noble, the bookseller, for example, created an online platform called Nook, but they weren’t committed to it even though they had physical bookstores and warehouses in every major city. On the other hand, Amazon created Kindle and eventually took over the digital platform of the book world. Amazon flourished while Barnes & Noble withered away. 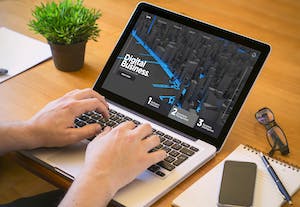 The same holds true for real estate brokerage companies. As a result of the pandemic, we’re going to have a new normal, whether we like it or not. Business is not going to be conducted the same way it has been conducted for years. That doesn’t mean that it’s going to be worse in the coming years, it just means it’s going to be different and real estate brokerage companies need to wake up and focus on the importance of living in a digital world rather be trapped in the past in a physical world.

I remember in the late 1970’s and early 1980’s the real estate world for many changed dramatically. I was building a new home at the time. Interest rates were out of control. When I started construction, interest rates were around 7 percent, which were high by today’s standard, but when the home was finished, I closed the permanent loan at 13 percent and was lucky to get that rate because rates shot up over seventeen percent.

Those real estate professionals who waited on the sidelines for the economy to get back to lower interest rates were left behind. Many were never able to adapt and wound up leaving the business. Today, we’re faced with a changing environment that may be more dramatic than the one I faced while building my home. We are changing from a physically-based world to a technology-driven digital world.

Keller finished his presentation by saying that it takes about 66 days, on average, to change a behavior and we’re well beyond that for this pandemic. He encourages the agents he works with across the globe to focus on being digitally-based.

I concur with Keller’s point. If you’re not using technology and social media to enhance your business and using tools like Facebook, Twitter, LinkedIn, and virtual meeting platforms like Zoom and Google Hangouts to hold meetings, you’re going to be left behind. Don’t get caught focusing on your physically-based business when you should be focused on your digitally-based business. 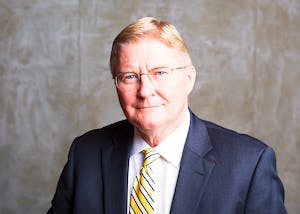 Ken has been in the real estate business for over 40 years and has personally overseen the development and management of over $350 million worth of assets. Ken holds a B.S. degree in Accounting from Brigham Young University, a MBA from the University of Utah. Licensed real estate broker since 1976. He holds the following designations: CCIM, CPM, CRS,CCA. Served as the president of the Utah Apartment Association.